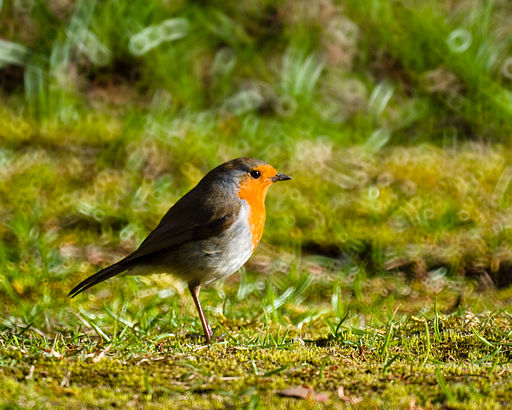 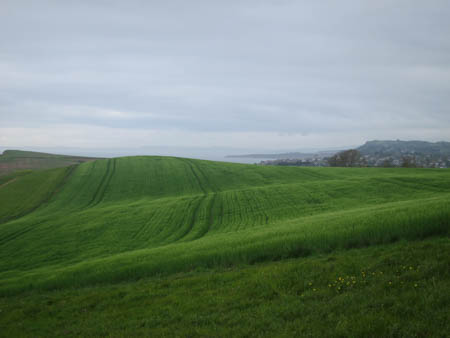 A version of this post appeared on The Last Word on Nothing.

I walked along the edge of a cliff. To my right, a hundred-foot drop to the waters of the English Channel. A strong wind blew off the water and over the cliff. To my left were spring-green fields. High above the waves of grain hung a skylark, twittering relentlessly.

On the ground, a skylark isn’t a very memorable bird. It’s brown, with a little crest of feathers on top of its head. A skylark in the sky, though, is quite impressive. It flaps madly, a fluttering speck against the cloudy white sky. As they hover and swoop, they emit a constant stream of notes. The song goes on and on and on.

The skylark made me think of a lyric from a song we often sing in the May Revels: “Up flies the kite; down falls the lark-o.” It’s part of the Padstow May Song, a tradition from the village of Padstow, 70 miles due west of the cliff where I heard the larks.

One of my walking companions was another Reveler, Liza Lester, and together we started the song: “Unite and unite, now let us unite, for summer is a-coming today!” Arms outstretched, we sang through the verses as well as we could remember them, dancing along the grassy clifftop path.

As we continued our walk toward Sidmouth, we passed from one skylark’s flapping-ground to the next, on and on above the cliffs. They sang and sang and sang.